One of the first garage bands that I played in went by the name of The Brooks Exchange Band. We all lived in Hamptonville North Carolina and the name came from the local telephone company Yadkin Valley Telephone because we all lived in the 468 phone prefix. The first time we got together we practiced upstairs at Reid Lowder's home who was the principal of our High School Starmount High School. The members were Rod Lowder, Chris Shore, Dick Steelman, Keith Hall, Randy Long, and Tim Sizemore. Rod, Randy, and Tim played guitars, I played the bass, Dick Steelman played the keyboard, and Chris Shore played the drums. The group later was condensed to Rod, Chris, myself and Dick Steelman. We began practicing at Dick Steelman's house in the garage not knowing at the time bands were given the name Garage Bands. This would have been around 1968 and 1969. I would have been 13 and 14 years old. My first bass guitar was a Kent Newport Bass. The reason I bought a Kent was because Don Houser who performed in my brother's band played a Kent Bass. My first amp was a homemade amp which came out of a Wurlitzer Juke Box and it housed a fifteen in speaker. The amp belonged to Ronnie Wall who was the bass player for my brother's earlier band called The Invaders. 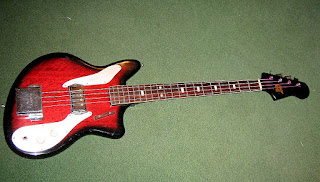 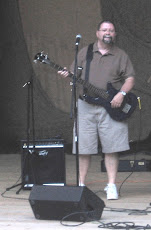 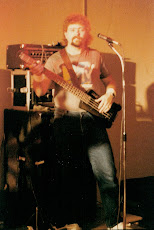